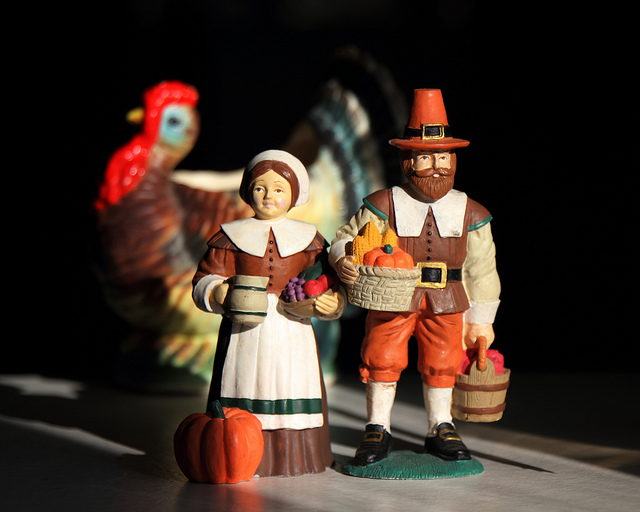 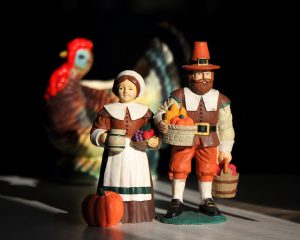 What you’re bringing for Thanksgiving can tell you a lot about what your host thinks of you….

You think that when you’re asked to bring the cranberry sauce you’re off the hook – easy peasy.  Or is it? Is your host giving you an easy item because they know you have a one year old toddler who has just started walking? Or do they not trust you to mess up something bigger, something more important that can’t be solved by opening up a can?

You see, there are two types of people at Thanksgiving. The Hosts, and the hosted.  If you go out to a restaurant, you’re out of this game entirely. Good for you. If you have everything catered, you’re also out of this game. Good for you. The rest of us, we’re all in.  And since Thanksgiving kicks off the official ‘oh my god it’s the holidaze and I’m going insane and I can’t believe what my family member just said’ season, I thought we could all use a little help in the investigation of mental menu planning.  I sometimes wonder if the pilgrims were stressed out about preparing the feast that kicked off the first Thanksgiving or if they were just so glad they hadn’t died they didn’t care if the turkey came out dry.  Of course, their fellow guests were also glad they were at the dinner table instead of dead and buried they weren’t going to complain about the potatoes seeming rubbery or the burned dinner rolls.  Maybe if we introduced the concept of actually being thankful again on Thanksgiving we wouldn’t have that “wow is that what you call gravy” phenomenon.

So we host. And we usually host big. Thanksgiving at our house is usually 40 people, which means we start with two turkeys, a ham, and then we start the sides. I learned long ago not to try and do all the cooking myself. And I’m okay with that, which means everyone brings something. If you’re my mom, you’re a rockstar and you bring at least three things and everyone wants the leftover Broccoli Ritz because that is the best thing you can possibly do to vegetables – cheese and ritz crackers? Seriously? Amazing.

But, for the rest of the world, hosts need to carefully balance what the menu needs are against the mental illnesses and life situations. And hopefully your host is mentally sane and normal and not handing you an assignment and a recipe and instructions for what serving dish to use. That’s not hosting, that’s dictatorship.  Hosting is delicately balancing needs with abilities and keeping a grateful smile. And that is where things become interesting. So here is my primer on the food and the family failures, and all the things in between.

Mashed Potatoes: You are generally a trusted human. You can be depended upon to actually bring mashed potatoes and not muffins (true story, from a dinner when my dear aunt was supposed to bring a side and showed up with a basket of muffins, for dinner, not brunch).  You are probably also attune to detail, and have a particular mashed potato you are going to make, as people take this very seriously. Do you peel your potatoes? Do you go traditional and use just milk and butter and salt? Or are you mixing it up and adding in cream cheese and sour cream? If you’re my grandmother reincarnated, you’ll whip those taters until there isn’t a single lump in existence. I actually didn’t know mashed potatoes could have lumps until I was 12.

Sweet potatoes – You are also dependable but also slightly elitist. You have a penchant for foodie things and know how to make sweet potatoes sing with pecans. Unless you just mash up your sweet potatoes, call them yams, and add milk and butter. In which case you are boring but dependable and will at least bring something orange.

Turnips – You are a senior citizen and only other senior citizens are going to eat turnips. Anyone under 50 sees them as frightening because they’re not seen the rest of the year. And you can’t put them in a Vitamix, therefore it must be an evil vegetable.

Stuffing (some people call this dressing, which is weird).   You are again dependable, but probably have a flair for creativity. Stuffing can be all kinds of different things, and people probably have their favorites (whatever they grew up with), but if it’s different it’s acceptable. Raisins? Cool. Pineapple? Neat, let’s try it. When it’s just bread in a bowl it’s okay to be a little adventurous.

Something green: You’re probably vegetarian and your host wants you to bring something they know you will eat. So just make what you like and don’t pretend anyone else is going to like your mashed parsnips. They are all just going to think it’s the mashed potatoes and then when they eat it they will be so confused they will never get over it. So make the green beans and throw the almonds on top or just make your silly kale thing. No one wants what you are bringing anyway.

Cranberry sauce – As mentioned before, this is the thing you get when your host is trying to be nice and make sure you are included, but they don’t really trust you to cook anything else. If you forget to bring it no one will notice. Chances are they’ll forget to take it out of the fridge anyway.

Pumpkin pie – Only one person is allowed to bring pumpkin pie, so this is an honor. They either know you live by a good bakery or you actually know how to bake. Either way, you’re cool.

Dessert – This is a catch-all that means one of three things:

A. You didn’t offer to bring anything until the last minute and everything else has been taken care of so no one cares what you bring.

B.  You’re a freestyler. This means that you can’t be trusted to bring something specific because you won’t remember what you agreed to bring or you’ll decide that your assignment wasn’t really the best idea and you’ve decided to do something “better”.  See again, muffins….

C.  You’re a conservationist. Even though you know dinner is for 20, you’re only going to bring enough to feed four people.  You’ve been heard saying “I won’t go ‘overboard’ – there’s always so much food”.  Yes, because other people bring it besides you.

Meatballs and/or Ravioli/Manicotti/Cavatelli/Lasagna: If you are not Italian, you think I just lost my mind and started writing about a different holiday than Thanksgiving. If you are Italian, or have attended a Thanksgiving with Italians, you know that this is the highest honor of all the food items.   Family feuds have been started over meatball recipes and gravy recipes. And by gravy, Italians mean the red stuff the rest of the world calls sauce (or red sauce or marinara).  I can tell you that one of my favorite moments in my life was when my husband told me he liked my sauce more than his mom’s AND his grandmother’s.  He might have just been saying that to make me feel good, but I’m gonna hold on to that like a prize. Every other Thanksgiving food might be dry, burnt, scalded, served too hot or too cold or too late, but if the meatballs and gravy are good, the entire day is a success. Therefore, whoever is bringing the meatballs has the most stress, the most important job, and deserves the most “THANK YOUs” of all.

The rest of you can bring dessert.