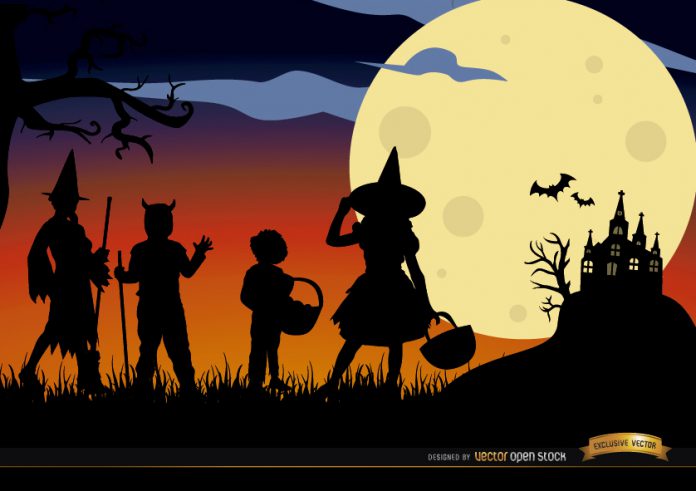 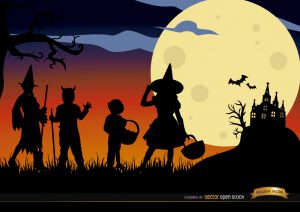 I miss the days when I could just sink money into the most adorable Disney Princess Halloween costumes possible. Katie has been Belle, Cinderella, Snow White, Rapunzel, Anna from Frozen, Sleeping Beauty (which at the time was before Katie perfected her speech articulation and she called her Cheapy Booty which gave my family the hysterics) and Merida, which was probably her favorite because it included arrows – and weaponry when you have an older brother is really a fabulous idea.

Here we are. Two weeks and counting. And there will need to be not one, but two, acceptable costumes for my tweenage daughter.

Because what eleven year old girl could commit to just one outfit in a day?

Princesses are no longer an acceptable avenue of dressing up. My feisty and fiery independent girl is now balancing her desire to be whatever her imagination creates alongside her friends who may or may not want to create a group of themed costuming. Two girls considered being Salt and Pepper, then a third wanted to join in and they switched to Rock Paper Scissors. A fourth was interested and suddenly the other original costume friends have moved on to other groups. “How does that make you feel?” I asked, unsure if this will be something that will send my daughter into hysterics. “Mom,” she tells me, rolling her eyes, “They’ve known each other since kindergarten. Of course they need to do something together!” I exhale. Drama averted. For now.

I desperately try to balance my understanding of middle school girl social dynamics with my practicality of getting the costume purchasing checked off my list. Is this why millennials are so fragile? Because we parents allow for so much emotion to be wrapped up in something as “simple” as a Halloween costume? Or are they not truly fragile, but rather just unafraid to express their emotions, however charged they may be? I recently had dinner with one of my good friends who is a child psychologist. Her therapy sessions for that week included half a dozen girls talking about their Halloween costumes and the group dynamic of inclusion vs. exclusion. I remember the days of middle school and wanting to be included in a group, a safe haven of power in numbers during a socially awkward age. But what I did not ever need to endure was being “dropped” from a group text, where the planning and group continued on without me. The sting of the playground or notes passed between classes ended with the school day. If we left school on Wednesday saying we were all going to be M&Ms, on Thursday morning that was still true. With the addition of cell phones, the group dynamic can change from M&Ms to The Incredibles, with five girls leaving the sixth off the text chain and she has no idea what has happened until she finds out through the grapevine. First of all mean girls make me sad. Second of all mean girls should be banned from being amazing super heroes like the Incredibles, because their family social dynamics are way too sophisticated and awesome for mean people. But I don’t get mean girls, let alone texting social cues. It’s little wonder that 24 hour social worries have created a whole new level of anxiety in our kids. The 24 hours news cycle certainly hasn’t helped my own anxiety. I get them.

According to Emily Tate, writing for Inside Higher Education in March 2017, “More than half of the college students who visited their campus counseling centers during the 2015-16 academic year reported symptoms of anxiety… This marks the seventh year in a row that anxiety has been the top complaint among students seeking mental health services.”

So how do we help our kids deal with anxiety? How do we help them confront the world and other people who have graduated from little kids who are “naughty” to young adults who are exclusive and sometimes downright nasty? How do we balance the appropriate amount of empathy and understanding with a balance of humor and light-heartedness? If I had the answers for those questions I could fix a lot of problems. In the meantime I’m still focused on Halloween costumes. And I’m not even sure I can handle that well. Sometimes I have a wicked sense of humor, other times I can suck the fun out of everything.

Alex, who is 14, wore a homemade t-shirt last year that said “Error 404; Costume Not Found”. He opted out of the trick-or-treating and answered our front door for the little costumed cuties that came our way. This year, he is debating whether or not he should dress in a t-shirt saying “Choose Jesus Not Cheeses” and hold a sign that says “God Hates Cows” – Lactose Intolerance, or, wrap himself in bubble wrap and wear a hat that says “Fragile – I’m offended”, a Millennial in ironic form. He may have inherited my sarcastic sense of humor.

My sister once dressed as Bird Flu. It was my favorite costume ever, combining my fear of germs with current events and humor. She wore scrubs and added feathers. She somehow found chicken feet slippers, which seem odd for anyone to want to purchase outside of Halloween time. She donned an ice pack as a hat and headed off to her grown up party. Her now husband won the contest that year – he ripped his shirt to shreds and found a giant stuffed tiger to attach to his back – this was less than a month after the Siegfried and Roy tiger attack. My sense of inappropriate humor is something that makes me truly appreciate my brother in law. We both crack up at the same stuff. Mostly the same jokes that 14 year old boys like.

So Love Jesus Not Cheeses is easy. The social drama of Halloween and middle school girls? Not as easy – for me, anyway.

Katie costume number one, for school, is currently undecided. This awaits the consideration of many other eleven year old girls and new friendships this first year of middle school. So I wait. I consider my lack of patience, I take a lot of deep breaths. “I’m cool. I can wait,” I think, and know that if my husband were in charge of costumes he’d wait until October 30th to even raise the question, so there’s no need to sweat it. Although the “it should be homemade” hint from Katie makes me worry if the craft stores are open late, and how long glue takes to dry, and whether staples are dangerous against delicate tween skin.

Costume number two, for trick or treating with her best friend (since they were two years old), is themed. Her BFF is going to be an Astronaut, Katie will be an Alien. “Can’t you do that for school too?” I ask, obviously oblivious. “No,” Katie tells me shaking her head. “That’s way too little kid-ish. It only makes sense if I’m WITH an astronaut.” Of course. How could I have not known that?

“So can we plan the alien costume?” I ask, picturing pigtails and googly eyes headbands available on Amazon. “Oh yes,” Katie says, her enthusiasm starting to rise, “We’re gonna need some duct tape so I can make some boots.”

No. Seriously. No. I see where this goes. I can pretend to be patient, but I am not crafty. I want to be crafty. I worship people who are crafty. I look at Pinterest as though it were a museum website full of amazing things that Other People can do. But I am not signing up to make boots out of duct tape. Don’t get me wrong – I love homemade costumes. My favorite costume to this day was when my mom (who is not crafty) convinced my aunt (who is artsy and crafty and crazy, but that’s another story) to make me a “kitty cat” costume. I wore fuzzy footy pajamas (with the bottoms cut out so I could still wear sneakers), a tail, and a mask with whiskers and ears. It was amazing. I was a fuzzy cat and cozy. To this day I wish pajama day were a real thing for adults. A comfortable costume? Sign me up.

But duct tape boots? I can see where this goes. I buy eight-dozen rolls of duct tape for twice the cost of a real pair of boots that she might actually want to wear again. Katie promises she will complete the make boots project on her own. She waits until October 30th, panics, cries, melts down, screams at me that this isn’t her fault, and then I try to make duct tape boots out of the remaining four inches of duct tape. I then cry on my way to Target to look for Alien Boots. Did any of that happen? No. Not yet. But it could. A real-life alien could also land in our yard and give Katie an outfit. Anything is possible. Apparently I am excellent at bringing my own anxiety to Halloween and costumes.

So do we all need to rid ourselves of Halloween Induced Issues? Or is it easier to worry about that instead of nuclear war with North Korea, climate change that looks like science fiction movies, and a world full of division and angst? If you’re not anxious maybe you’re not paying attention. I think our youth are paying attention. Let the costume worries be their world, for now. 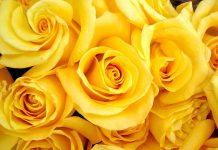 Mother’s Day at Our House – a prediction of this year based on past years and I just know ok? Trust me.