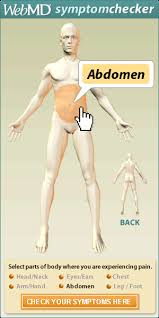 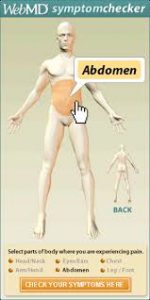 I think if I had ever understood biology or dissected anything bigger than a frog I might have a better understanding of medical things. But I don’t remember biology class being all that useful, and then by the time I wanted to actually understand Biology it turned into Chemistry, and that didn’t really make sense to me at all (so much so that I spent a summer doing it all over again).

I do know an awful lot about stomach issues and intestines, since I was misdiagnosed for eight years with a misfunctioning gall bladder, so I can tell you an awful lot about that stuff.  And my Katie has Celiac Disease, which means I can explain to her how the proteins in gluten attack the little villi in her intestines which are the little finger-like things that are needed to suck up all the good minerals and vitamins from her food as it makes its way from her tummy to her tush (and no, I don’t really understand how it becomes poop in the meantime).  So I suppose I know a little more than the cave moms did.  But the other stuff?  How does the liver work? Why are the heart and lung specialists the same  people when one organ is focused blood and the other is air?  How does the brain send out information to make your muscles contract without you consciously thinking about it? I might have sat through this in class at some point, but if so I definitely must have just memorized what I needed to for the test and then chucked that information out of my brain in order to make more room for things I was enjoying. Like stories I read in books. I love stories. So here’s my story to tell for today about how appendectomies make you smarter:

So Brian, my dear hubby, a few years back woke me up in the middle of the night complaining he didn’t “feel right”.  Typical male behavior. Women would immediately identify what part of them didn’t feel right, whether it was stabbing, cramping, sharp or dull, if it was constant or intermittent, and which way it was trending. This is why women are good at keeping track of things, important health things, like kids fevers and  labor contractions.  But the hubby says he thinks he’ll be fine, so I doze off. And then he wakes me up again half an hour later. So now I’m up. I head downstairs to get the laptop, because just a few years ago we didn’t have tablets and phones and what nots with a million ways to access the internet and see cat videos or find out what is plaguing us via Web MD.

A few questions and clicks later I have diagnosed Brian with either kidney stones or appendicitis. He doesn’t believe either of these to be true, I suppose since I am the wife and not a doctor. This is the problem when your husband has not one, but TWO brothers who are doctors. Anything medical the wife says needs a second opinion. We click through again, answering the same questions and pointing to a very ugly body and his generic parts (see also the last post on tweendom for a full discussion of body parts) and again, I come up with these same answers.  He is ready to go back to sleep and pretend none of this is happening.

By the morning, Brian realizes he is “not right” enough that he can’t go to work. This is when I realize something is extremely wrong. Since Brian started working at his law firm in 2000, he had never taken a sick day.  He had been sick, gross and disgusting sick in fact, and I would have been annoyed if someone I worked with showed up with a cough resembling the whooping variety, but he never missed a day. Ever. Until now, so I go into super wife mode.

Which means when I tell him we should go directly to the ER, he still denies that anything is “really” wrong and wants to go to urgent care instead.  So six hours later, after urgent care has in fact confirmed that they also agree with me, and that he most likely has appendicitis, we do go to the ER.  Go figure. Me and the computer and Web MD have correctly diagnosed something. Something that is like a real deal and most likely requires surgery. Or, if you were born 100 years ago, you’d just be dead, and you wouldn’t know why because you didn’t have the Web MD to tell you, so they’d just say you died of the stomach “troubles”.

So off we go to the ER, where we wait for another bazillion hours, and while we are waiting we see an actual male human who has kidney stones.  It is probably the worst thing I have ever seen.  He could have had an arrow sticking out of his stomach and been in less pain. And his poor schlep friend who brought him in is deathly pale and scared – not because he’s worried for his friend – but because he has now seen a pain known only to men that has scared him to believe in god – any god – whatever god will be the one to scare away the kidney stones.  I lean over to Brian, who is hunched over and examining the floor tiles, and tell him I hope its his appendix – because that just gets cut out of his belly. Think of what THAT poor bastard has to do to get rid of HIS issue.

Waiting in pre-op, Brian sends his final blackberry messages, and then gets the morphine drip (good to do things in that order for malpractice issues I suppose). I’m actually quite jealous of the morphine. I think they should offer drugs to the patient’s families while they are waiting in the ER for these kinds of things. Obviously everyone there is experiencing tremendous anxiety. Don’t you think the ER would be a nicer place if next to the hand-sanitizer they had a little dispenser of Xanax? Or Valium? Or a couple of each? So Brian goes to surgery, they take out his appendix, staple him back together and send him home the next morning. This part cracks me up.  Five minutes ago he needed machines to monitor his blood pressure, heart rate and oxygen intake, but now the hospital is done with him and he can go home so I can take care of him. Right. Because I have no medical training and obviously that isn’t needed for home recuperating.  You’re fine now. Out you go.

And this is when I notice his new annoying skill that he has adopted post-surgery. He remembers everything. I find this extremely odd because there’s sort of a joke in his family that they are incapable of remembering things. And they acknowledge it and are ok with it.  And so I was used to that. If I gave you a list of things he had forgotten pre-appendix removal I’d need to make a separate blog post. Or maybe three.  Or three dozen.  So bad memory, no worries, he has lots of other good qualities. But now, he’s thrilled. And gloating. He’s decided that his appendix was somehow inhibiting his brain. And yes, for the record, we were actually in the same biology class in high school.  Mr. Samtak is probably wishing he’d failed us both.  But now, with his appendix removed, Brian can remember every detail of everything. And not just new information, but old information that happened years ago. He can now remember his childhood street with such clarity that he remembers every neighbor’s name, their occupations, and the status of the quality of their marriage. Brian is so convinced of this appendix-free phenomenon fact that he terms it: PAB. Post-Appendix Brain.  He smirks. He reminds me of things I’d long forgotten. He nods and taps his head “PAB, baby, PAB”. Yup. Definitely better than a kidney stone. 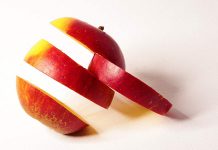 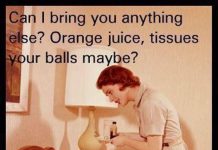 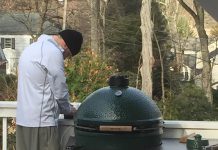 Husbands Helping at the Holidays, A Primer for Sanity