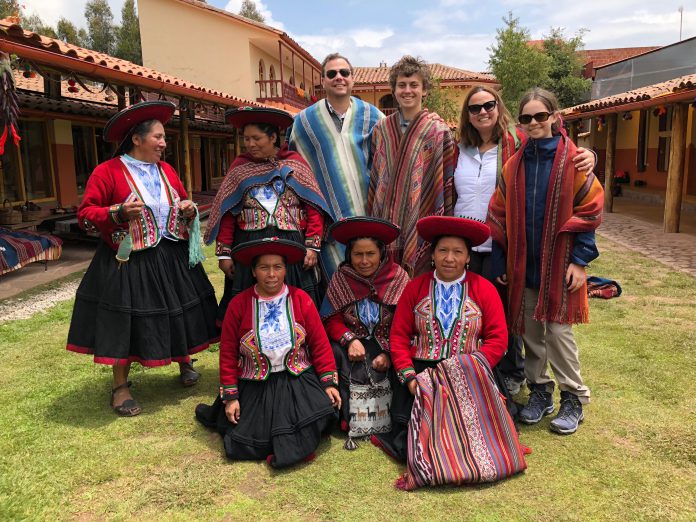 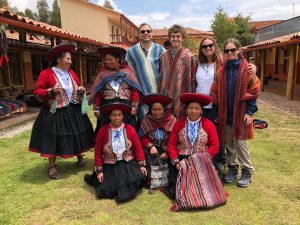 My American Inquiry, here is my wish for today- I wish that we humans can realize that we have more in common with each other than differences that divide us – and I hope that we can figure out this out before the aliens arrive to take over.

Let me confess – I am the first to be declared guilty of not fulfilling my own wishes for our world. I might talk about how the world is becoming smaller, and how isolationist foreign policy ideas don’t work in an age when the bad guys can enter our lives from a basement computer on another continent and shut off my electricity, yet I see differences before similarities all the time.  I blame my cave people genetics. Back then things that were different were dangerous.  If Cave Mom Me saw a pretty cat and said “Oh look, that kitty looks just like my pet Mittens,” and I neglected to notice that the new kitty had giant teeth the size of sabers, I might be in trouble. Nicolas Cage (the cave dad in The Croods movie) would tell his family stories about “something new” and the stories always had the same ending – “and then they were DEAD”. I get that. I’m a worst case scenario kind of girl, so I see danger everywhere like that boy in The Sixth Sense movie saw dead people.  But before I continue down the list of my favorite movies, let me tell you about my real life.

For the kids’ spring break this year we visited Ecuador and Peru, checking off my travel list the Galápagos Islands and Machu Picchu.  For a child who grew up never going on  vacation (unless you count the trip to my great-uncle’s farm where we went to help with the haying and baling and herding of cows, which I totally loved by the way), I am well-aware that this is quite a difference for my kids than my own childhood.  I haven’t decided if this makes them lucky or spoiled, but since kids are a long-term investment, we will see how that turns out in a decade or so.  Part of this trip is all about what makes these places different – that’s the point of travel, right? To see something different and come back with stories and pictures and be really annoying talking about your trip with everyone you know. There are more endemic plants and animals and fish and birds and what-nots on Galapagos than just about anywhere on the planet.  That’s freaking cool, to see these crazy unique animals that only exist in this one spot on earth. We saw marine iguanas, giant tortoises (during a mating session no less, which made my kids literally run away), 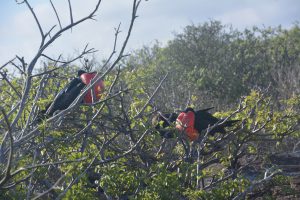 frigate birds puffing up their giant red pouch things (I’m really glad there’s no final exam on the names of things), swam with hammerhead sharks and parrot fish and equatorial penguins and Galapagos sea lions.  What did I email my family back home? Besides hi – having a great time!? This: “Did you know that in Ecuador you aren’t supposed to throw toilet paper into the toilet? And they have a basket next to the toilet where you are supposed to put it? Why can we flush poop but not toilet paper?”  Sometimes I am a world savvy traveler and sometimes I am just a 14 year old boy laughing at poop jokes.

Peru has the same toilet paper phenomenon. And they have the altitude of the Andes mountains and thousands of Incan ruins, which is amazing because the Incan Empire only spanned about one hundred years of history.  The altitude thing (we would visit as high as 12,700 feet) is apparently an issue for many people, so our travel doc recommended we all take this anti-altitude sickness pill 24 hours before we began our ascent.  So I dutifully handed out pills to the family before we left sea level in Ecuador, and within 12 hours Alex and I were both feeling the symptoms of the medication, which was annoying, because then he and I were then taking handfuls of Imodium, and I think I mentioned the fixation I had with the toilet paper situation. The anti-altitude pills were worse than the altitude. And while I was doing my best to have a good attitude, I was getting a little cranky about toilet paper. 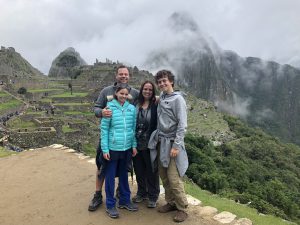 How can the Incas build Machu Picchu hundreds of years ago with complex drainage systems utilizing mountain rains and underground springs to cascade down man-made terraces for farming, but the current-day rules were that I couldn’t flush toilet paper? Was this a real rule because the plumbing and toilet paper would flood Machu Picchu? Or a tradition and custom that I could bend the rules on? Or were we in the rest of the world doing it wrong and this is why we have giant icebergs of poop in our sewer systems? In a dehydrated and elevation-induced thought process I tried to grasp a memory of someone in the British department of public works trying to jackhammer through sewage that was harder than any substance on earth. Was it because of toilet paper? Was that the cause of all the world’s problems? Was it not really car emissions or large farming production practices causing the worlds climate to change but TP? We had heard about the intense efforts to keep Galapagos pristine but the continued issues they faced from floating plastic in the ocean from other continents. We spoke with a local farmer about the difficulties farming in Peru where El Niño and La Niña were now annual occurrences instead of once a decade, and the resulting climate changes (including a reduction of nearly a third of the glaciers in Peru and the addition of the new visits of the monarch butterfly who had never flown so far south before in history).  Was this all because we flushed toilet paper? 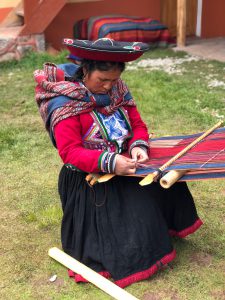 My altitude haze lifted a bit, and although I was consciously aware of where my lungs lived in my chest, I was managing alright. We enjoyed a trip to Chincero, and The Center for Traditional Textiles of Cusco.  The women who are expert weavers wear traditional dress and pass their patterns on from generation to generation, with nothing written down. Every weaver memorizes her patterns, learning up to 100 different designs a piece, sharing the knowledge of over 400 in total.  I was fascinated with the collective memory of the women. I also bought a wee bit of souvenirs and was invited to lunch, which we politely declined as we already had plans to visit the local market. We walked up the hill a couple of blocks to the market, where most of the town gathers on Sundays. It was so interesting to see the kinds of things women would bring to sell (whether souvenirs for the few tourists like me, or sandals made of recycled car tires that were so popular for the people of Peru).  In another area of the market were tables and benches, and the families sat together enjoying their meals.  It reminded me of Italian Sunday suppers that I had been to with Brian’s family. Multiple generations eating, sharing, laughing, talking.

Climbing up the hill had tired my Katie out, and she started telling me she wasn’t feeling great. She was tired, she had a tummy ache, she was exhausted, all of a sudden she told me she felt like she might throw up, and I watched her lose her Galapagos tan and turn a sullen shade of green-grey that belongs only to the dead and those about to faint. I pulled her into my body and hooked my arms under her arm pits. I called to Brian as she collapsed against me and he tossed the backpack he was holding to Alex and then scooped Katie up into his arms. Our guide directed us to a grassy patch a dozen yards away and Brian carried Katie’s limp body to the grass and layed her down. We all took off our jackets, tucking one under her head, covering her with the others, and before we finished this ten-second task, there were no less than a dozen Peruvian women, mothers, grandmothers, sisters, rushing to our aide. They all brought the same herbs – a type of Peruvian smelling salts – and handed them to our guide, telling him in Spanish and Quechuan (the local ancient language) how to crush them, wave them under Katie’s nose, rub them on her forehead. Our guide was polite and thanked them, but he also already knew what he was doing. This was how his grandmother had taught him to use herbs as a child. Some of the women nodded their approval and walked back to their stalls. A few lingered and continued to offer advice. As Katie came around and started talking, the rest of the women nodded and patted her on the head or the shoulder and walked back to their families to finish their Sunday meals. Katie was fine. A little tired, a little embarrassed, a little nervous the next time we were due to go above 12,700 feet, but she recovered and was an adventurer for the rest of the trip.

The women from Peru could have looked at Katie and saw differences. They could have seen us as just tourists – an American twelve-year-old who fainted from altitude – and continued eating their Sunday suppers. They did not. They didn’t focus on the differences. They focused on the sameness – and simply saw a child who needed help.  Women rushed to her aid, and I could not have been more grateful, or felt more connected, to this community where we were total strangers. At the end of the day, we all have family and friends who bring us strength and comfort. It is the kindness of strangers, and the familiar ties we have, that brings us to our best, and next level, of connection as a planet. Maybe when we remember to see our sameness, and how to take care of each other, we can take care of the rest of the world’s problems. And conquer the aliens from other worlds too. After all, we’re all in this journey called life together. 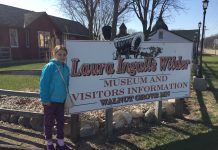 Little Trip to the Prairie