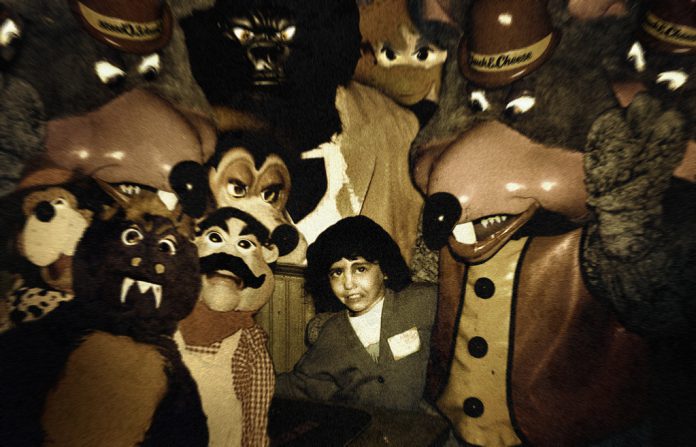 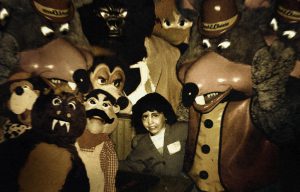 A new article states that only 25% of teens in the US worked in 2013.  Teens are missing out on earning their own money and building character traits from having jobs that make you question your own desire to live. More on horrible jobs in my life:

Chuck E. Cheese Pizza, Wayne, NJ  (circa 1992-93), Bit of Everything, including the Rat
Being a Disney Character is a highly-desired job.  They have a handler who escorts them everywhere they go. People love their famous personas.  Being Chuck E. Cheese is dressing up like a rat in order to be beaten by rude and obnoxious children while their ruder and obnoxious-er parents watch and laugh. Dude. There’s someone in there getting paid minimum wage. Be kind. Remember that they worked their way up out of Game Room where they had to clean the balls in the ball crawl after your kid peed on them. They worked their way out of the prize counter where they had to argue with your kids that no, they could not have the six foot dolphin worth 10,000 tickets for just the three tickets they had.  They worked their way up out of the kitchen where they used to smell like pizza and when they were done with their shift they had to leave their shoes outside their house because the dough and flour would attract ants and insects.  They are simultaneously trying to use their ballet, tap and jazz dancing skills while balancing a giant heavy head with someone else’s sweat and boogers on it.  I did all of those things and more.  This is the job where I learned parents sometimes suck.

Beth Israel Hospital, Boston MA (circa 1994-95), Pincushion
I sold my body to science. Just some blood, and platelets, and stuff.  They were testing some new drugs and I had to fill out a little questionnaire, stay in the hospital for a few days, and eat ice cream. I don’t remember what the ice cream part was all about but it was actually part of the testing. I brought my homework, skipped a couple classes, ate ice cream.  This is where I learned discovered I am allergic to latex.  And don’t like needles. But what I really learned is that I don’t like being poor more than those other things, so yes, I will take experimental drugs and let you take as much blood as you need.

Boston University, Myles Standish Hall Dormitory, Boston MA (circa 1995-97), Resident Assistant
Free Room and Board. Do you know how much money that was back then? And how much I saved in loans? Wicked. I was definitely called a rat by some of the students (and they did not all know my history as Chuck), but those were the ones doing dumb things and deserved to get in trouble anyway. One kicker was that my co-RA my senior year turned out not only to be a huge drug addict, but also the dealer for the students on the floor that I kept writing up for smoking pot. Didn’t see that one coming. I can still identify the smell of pot a mile away.  I actually never cared much about pot smokers, but dude, don’t be doing it in the dorm.  Go get an off campus apartment in Allston or Brighton like the rest of the potheads.  Being an RA was also where I met my best friend on the planet. That was an added bonus. Ashley thought this was the best job ever – I might agree with her. Except for the co-RA dealing drugs on the floor. That part sucked.   The better part was walking through the dorms before anyone else arrived and arranging all the furniture how we thought each room would be best for feng-shui.  It was a 100-year-old former hotel and had its own ghost and everything, and each room was different and needed some serious thinking about strategic furniture placement. Everyone else inspected the dorm rooms and wrote down if there were holes in the walls.  We did our floors together (because it was more fun and also because it is scary as all hell walking through an empty dorm/hotel building) and finished exhausted like we’d done a workout because we’d move upwards of 150 beds, dressers and desks during the process.  This was where I learned that people will surprise you in good and bad ways, and that sometimes the people are more important than the job. Also I still love moving furniture and usually do so whenever I am stressed out or anticipating a major change in life.

Bruegger’s Bagels, Kenmore Square, Boston MA (circa 1997), cashier and coffee girl
Any bagel store and an early morning start time would be difficult for most night owl college kids.  Working at the bagel store directly next door to the methadone clinic – when the bagel store opens BEFORE the clinic – is another circle of hell.  The plan for “barely needing to wake up” in order to roll out of bed at my dorm and into the bagel shop was only good in theory.  Because “barely waking up” turned those one on one conversations with people so desperate to get off heroin that they are willing to swap it for an addiction to methadone instead into a nightmare.  Most of these patients only bought coffee, many didn’t have enough teeth for a bagel.  Most needed a meal as they were bone-thin, gaunt, smoked, smelled, and wanted their coffee NOW. The clock would tick to 7:29 and they would rush out the door to get their methadone dosing at 7:30. I messed up a few orders sometimes, bleary-eyed college student that I was. No matter how badly I messed up, my bigoted, racist boss would always believe that it was the fault of the drug addicts. Even if I fessed up.  This is where I learned being a drug addict, even a recovering one, was not going to help you anywhere in life, even trying to get hazelnut coffee instead of regular.

Think you had Worst Part-Time Job EVER? Let us know in the comments – let’s see who can win this category!

For more on character-building experiences, see also Why Teens Should Drive POS Cars…..