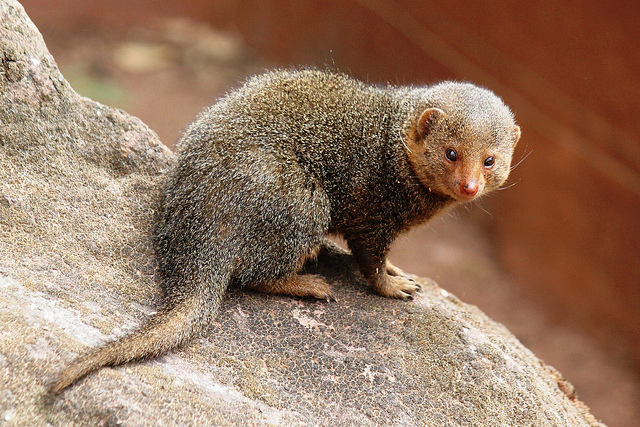 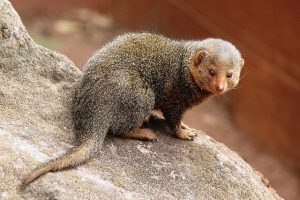 I really don’t think I am meant to spend winter in New Jersey. Bad things happen to me here in the cold months (see also February, Darkest Month and The Universe Balances Out).  I Told You So is sort of a precursor for this one too, so if you haven’t read it, you might want to do that.  And if you have read it, you’ve been waiting for the sequel, so here you go.

It’s been snowing a lot. And windy. And cold. And ICY. And I am feeling slightly self-absorbed and thinking this is harder for me than anyone else because I was in the Caribbean for five whole days being a spoiled princess and I wore sundresses and someone brought me RUM PUNCH on the beach.

Go ahead. Hate me for a minute. Maybe two. I admit – it’s a hate-able offense. Then go re-read I Told You So and understand that my husband, while occasionally wrong, is very smart to have whisked me off to the islands because I don’t know what would have happened next otherwise.

Now, back to my reality life, where I come home from the land of sunshine and warmth and palm trees (and mongoose! Scared the crap out of me, squirrel like creatures that are elongated like weasels – eeew) and in my real life I now investigate what all the vendors and fixer people did while I was gone and left the dog to house-sit.  First thing I find is that while the stove hole is miraculously plugged and fixed (although I’m fairly certain they left the glue gun on the hardwood floor and that is what the mysterious yellow substance is all over the place), I still do NOT have a kitchen sink.  Well, allow me to rephrase, I have a sink, I just do not have a faucet. Bummer, right? I know. Also a bummer was that I forgot to pour out the last of the milk before we left and it is SO smelly so I pour it right down the drain. Except I, who know nothing about plumbing, did not realize that when you take apart the faucet, you take the drain part away too.  I did realize this shortly after pouring the chunky smelly gag-inducing milk and heard it splattering all over the inside of the cabinet underneath. Welcome home.

So I clean that up and head downstairs to the previously flooded basement to discover that the super duper dryer people left a huge mess. Each spot where they inserted the little surgical-like tubes into the wall has dry wall dust underneath it, clinging to the molding, all over the carpet – so it’s dry, but it’s dry wall dust, and it’s gross. I decide it’s a good idea to bust out the central vac and just go to town – if there’s chaos in the kitchen, I might as well make the basement orderly and have some control over my life as much of a façade as it may be.  Except when I open up the little flappy thing that is the central vac I discover it seems clogged. Gross. I stick my hand in there to try and dislodge whatever it is and I find fur. Eew. Wait eeew eeew eeew I don’t think this is dog fur I think it’s a dead mouse. Oh my god I just touched a dead mouse with my FINGERS and now I want to cut off my hand.  I TOUCHED it and I’m going to die. This is how people got bubonic plague. Mouse bodies and mouse turds. Back upstairs to the kitchen where I couldn’t WASH MY HANDS (no faucet) and I can’t clean up the kitchen which is also a mess and really the only place left for me is under the covers.

Brian worries for my sanity. He proposes a ski day trip. Just up to Campgaw, a 45-minute ride, we can put the kids in lessons and he and I can ski a couple runs together. This sounds heavenly.  I love my kids but time with just my hubby is precious.  An hour on our own followed by family time sounds like an excellent plan and off we go, leaving the mess and faucet-less sink behind.

And then the run-in with the out of control skiing kid created a wee bit of chaos in my life.

I am not an expert skier, but I know how to ski. And I was SO excited about going skiing – with my husband – while the kids were in lessons. Note – my children were in LESSONS.  A responsible human was in charge of them and teaching them how to be in control and remain upright. That’s really all there is to the skiing thing. Same as a bike, you know? Stay up, don’t fall, don’t crash into things or humans.  So off we went on our own, knowing we would be back in an hour, and down the hill we go.

Picture the scene – in a flash, I had to choose whether I should continue my skiing trajectory down the mountain and crash into a child who cut me off, or, save a small person and allow the human race to continue, and make myself fall.  So, I fell.  And dinged up my knee so that I am now hobbling around on crutches and looking at six weeks of physical therapy. Yes, I know, it could be worse. At least I don’t need surgery. But I fractured my tibia and tore the meniscus and did I mention there is SNOW AND ICE AND CRAP all over everything in New Jersey and do you know how hard it is to maneuver crutches over that? It’s actually impossible.  There are many things I am very good at, and many things I don’t like doing that I do anyway because I am a MOM and a WIFE and both of those job descriptions include caring about other people more than my own self. So I DO STUFF.  But I am not actually physically able to climb over a pile of snow to get to the sidewalk. And I am not physically able to “walk carefully” across a sheet of ice to get anywhere. Crutches don’t do ice. They just don’t. Maybe a jazzy scooter would – except those are only allowed in Florida at Disney World.

And as I sit, in my messy house, with my knee elevated and feeling frustrated, I start to wonder about my priorities and the things that I worry about.  I am an excellent worrier.  When I met the new orthopedist, who was younger than me (and doctors being younger than me is starting to get more frequent) I found myself wishing I had shaved my legs and hoping that my socks weren’t too stinky. And now I’m wondering if natural selection and survival of the fittest would have been the more sensible choice. Plow into the kid whose parents don’t care about him enough to watch over him. He probably wasn’t destined for greatness anyway.  That would not be a nice choice, but maybe I wouldn’t be waiting for my daily Vicodin to relieve the knee pain either.

Following my skiing incident with the lucky-to-be-alive-because-I-saved-your-out-of-control-life-by-falling-instead-of-killing-you-brat-child, I have realized that as much as I would like to dream I am Lady Grantham and could eat my breakfast in bed in my jammies off a tray, I am much more living the life of Mr. Bates, hobbling around with one crutch so I can serve my children with my free hand.  The kicker though, is that when I finally sat down last night to put my foot up after my long day of servitude, and had shut down the lights in the kitchen, as I gazed at an actual television show, in the corner of my eye, in the blue light of prime time, out comes a mouse. A rodent of unusual size. Now that we have plugged the hole behind the stove, we have essentially cut off his highway exit. The mouse (or mice most likely) is now trapped inside my house. With me. And my crutches.

And so I hobble, and I grumble, and I think of how quickly I could elevate myself onto a chair in case a mouse comes running at me in my humbled state, and my husband once again reminds me not to be so negative, and the kids complain that they have to do “everything” around here when I ask them to put their clothes in the laundry room. And I dream of being a snow bird, or even a mongoose.  Because as much as I love living in New Jersey, apparently the winters and I are not perfect together. 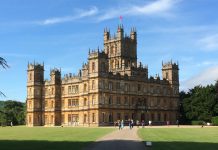