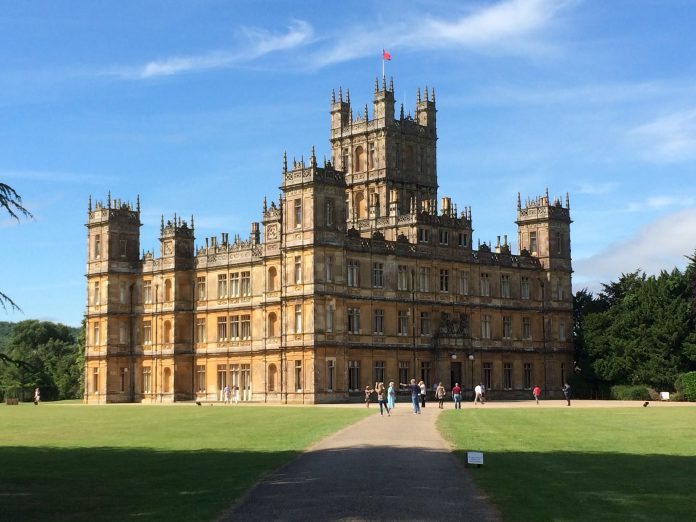 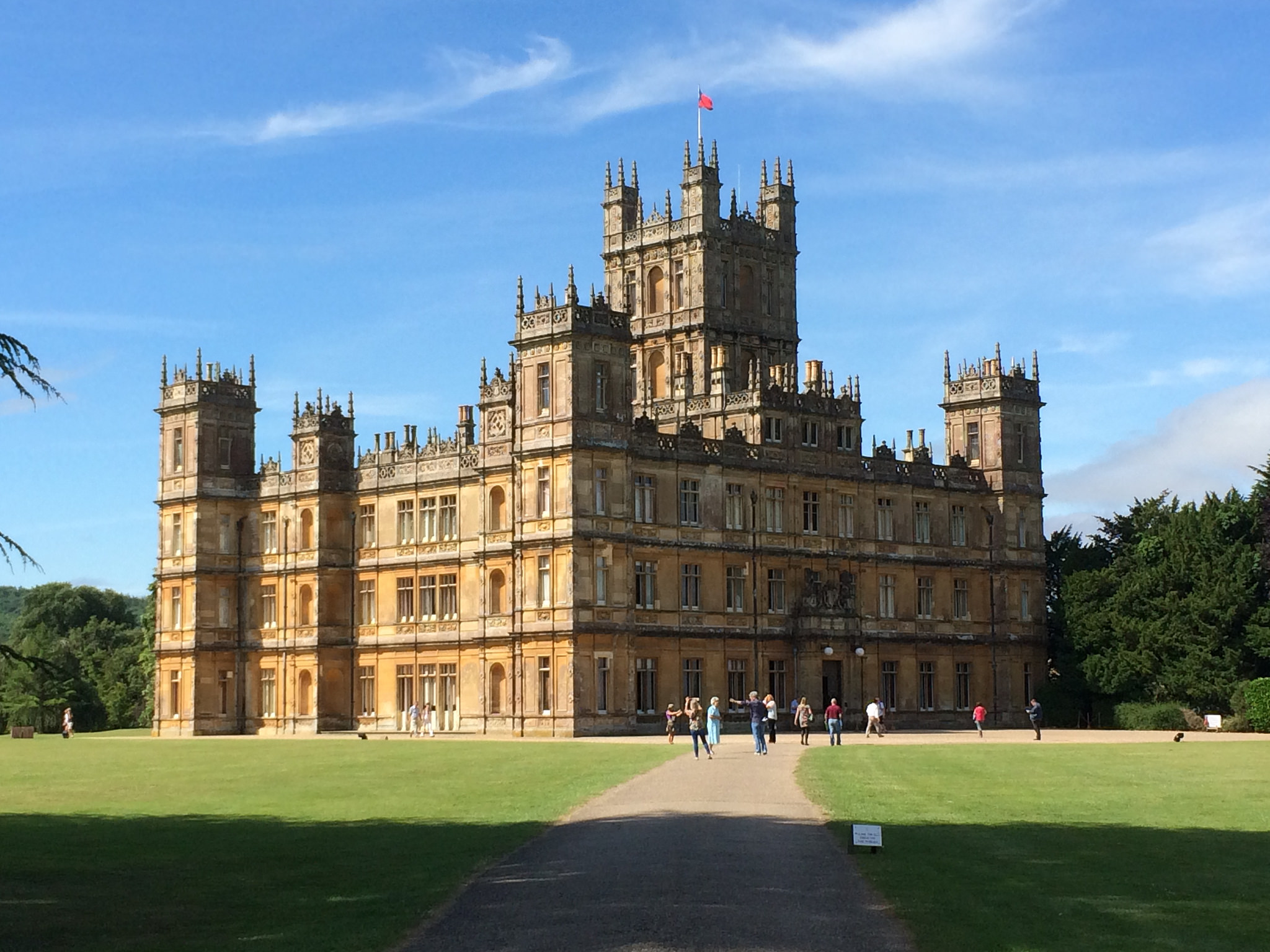 It’s house tour season. For those of you who have not been on a house tour, let me explain. There are Perfect People with Perfect Houses who are also Generous and Kind, and they open their homes to various charity groups so that they can charge a nominal fee to raise money for good causes. Then voyeurs like me take off their shoes and walk around said Perfect Houses so I can goggle and ooh and ahh and then feel generally inferior about my own house and lack of perfection. And then I shake my head and realize this is indeed a first-world problem and I am a spoiled brat. I like my house. It’s just not quite tour worthy. But I thought it would be a good idea to make a quick reference guide in case anyone ever does want to tour our house. You never know. I could be famous.

Perfect House on Tour: Has a grand front walkway and door and lots of beautiful landscaping as you approach for your ultimate curb appeal.
My House That I Actually Live In: We only open our front door to get our takeout delivery. I used to say there could be a colony of rabbits living on our front porch and I’d never know it. We come in through the garage and into the basement. And remember to be careful not to trip on barbies, legos, fourteen pairs of shoes for two children, random coats and backpacks and leftover snacks and party favors. Last night I hosted book club and my ladies informed me there is a bird living in the pretty wreath on the front door. Not only did I not know we were harboring wildlife, I had forgotten we had a wreath on the front door. I checked it out in the daylight today. It’s not just a mommy bird. There’s baby birds too. Now we are roommates. I don’t evict families.

Perfect House on Tour: Please take your shoes off when you arrive.
My House That I Actually Live In: You better keep your shoes on so you don’t get your feet dirty. We live in a hovel. The dogs are in and out all day long and their dirty feet leave a film of pawprint everywhere they go. Don’t worry though – that little brown round thing in the kitchen on the floor? Definitely not poop. Probably a chocolate covered raisin from snack time. From three days ago. Most definitely not feces. Like 98% sure…just leave your shoes on. For sure.

Perfect House on Tour: Has walls of cubbies and shelves in their mudroom the size of a swimming pool. Everything is coordinated by color or shape or horoscope and all their mittens match and their scarves are perfectly folded and their shoes are hidden in some secret dimension.
My House That I Actually Live In: We have cubbies. They are hiding behind that stuff on the floor. Sometimes the cubbies are empty because everything is on the floor and sometimes they are full of stuff that I don’t recognize and we still can’t find the backpacks for school. Sometimes I think there is a portal to another world in there where the lunchboxes go for weeks on end and then reappear. And the goddess of the other side of the cubbies rejected them as a sacrifice and sent them back – and they still have rotten bologna in them.

Perfect House on Tour: Has unique and amazing ideas like a wall made of magnetic board so you can put up really cool things like Navy officers school report cards from 1983 and clever ads from Manhattan Storage that were probably designed by the smart people living there and family photos that are sweet and loving.
My House That I Actually Live In: Has a really cool wall we painted in chalkboard paint so we could keep a family calendar so everyone knows what day is what. Except everyone forgets to look at it. And that little bump of brown over there? That’s dried dog slobber. I waited to see if anyone else would clean it up and that didn’t happen and now it’s going to take a diamond drill to get it off the wall.

Perfect House on Tour: Has amazing decorator chef kitchens that make you wonder when the last time was that anyone actually cooked in them.
My House That I Actually Live In: Has an awesome kitchen that chefs would love that also makes great mac and cheese and chicken nuggets. And you’ll know exactly when the last time we cooked was because the leftovers will still be sitting on the counter and there will be a chance for you to take a bite of whatever food that was because my kids think “clearing their plate” just means moving it closer to the sink. Not actually scraping the crap off the plate or putting it in the dishwasher. Heaven forbid.

Perfect House on Tour: Has beautiful accents and decorator pieces throughout the house. Framed pieces of geodes. Statues of Chinese dragons. Books arranged by size or theme.
My House That I Actually Live In: We have books. In stacks and in random places like the bathroom. Next to the drawing of a sword on the bathroom wall near the toilet where Alex got bored taking a dump. Our accent pieces are the dishes and glasses that haven’t made it to the dishwasher yet. Or next to the dishwasher. When my kids were younger it would be sippy cups of milk. Solid, smelly, three-day old milk. The hubby is no better – you can track that man’s activities for days based on the crap he leaves everywhere – dishes, books, newspapers, shoes, jackets, the laptop cord he forgot was strewn across the hallway….

Perfect House on Tour: Has multiple amazing closets everywhere you look, and they are all organized and pretty and have size 4 clothes in them and the shoes are all brand new and still married to their partners, and sometimes they have whole pieces of furniture in them like a dresser and 17 mirrors to see your fancy outfits.
My House That I Actually Live In: Has lots of closets. Including the one that is semi in use and we only put things in it that we don’t need or mind if it gets dirty or exposed to the elements of outside. Cuz that’s the closet that had the frozen and burst pipe in it this winter, and we fixed the pipe, but not the giant craterous hole where you can still see outside. It’s nice and airy in there.

Perfect House on Tour: Has beautiful woodwork, gracious details on their entryways and doors, and crown molding fit for a castle.
My House That I Actually Live In: We have sliding glass doors. The one where we let the dogs in and out has a hole in the screen door almost big enough to be its own doggie door. I think that is our long-term plan, you know, instead of repairing it. We have crown molding too. The puppy used it to cut his teeth. He also ate part of a wall. We’re not sure how.

Perfect House on Tour: Has bathrooms that look like they are right out of a spa magazine. Candles, artisan handmade soaps, and fuzzy towels surround giant tubs made for large families and showers built for parties.
My House That I Actually Live In: We have a giant jacuzzi tub too. But we broke the jacuzzi jets a few years ago and haven’t gotten around to getting it fixed. And I put some candles out near the tub. They are right next to the barbies, legos, mermaids, and water guns. My kids like our tub. Sometimes Alex takes a shower at the same time Katie takes a tub and they shoot water guns at each other from one end of the bathroom to the other. I think we may have some water stains from that. Or it could be dog slobber. Not sure.

Perfect House on Tour: Has beautiful grounds outside, perfectly manicured, green grass like a carpet, and perennial flowers coming up in synchronized operatic performance.
My House That I Actually Live In: We have grass too. And some flowers. And some dog poop. Times two dogs. And their toys. They love to bring their toys outside and drop them. And they bark at anyone who walks by the house. All day long. But I promise we are very welcoming. Just watch where you step. And then come on in…be a back door or garage friend. The front door is currently occupied. Tweet tweet, chirp chirp. Welcome to our house. 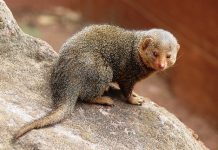 Lions and Tigers and Bears (AKA: Plumbing and Furry Things and Skiing Accidents)