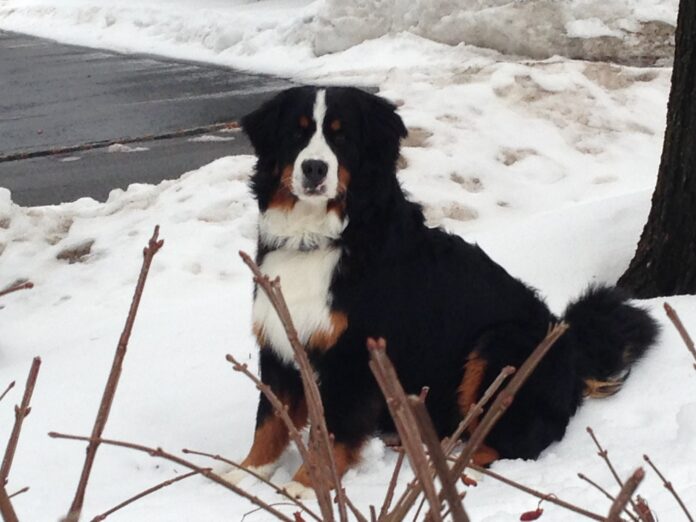 During his almost seven years of being loved by his family (human and furry), Nicky tested the theory of being a good boy often, and frequently tried to prove that he was rather the best worst dog to ever live. Despite (and maybe because of) his chaotic nature, Nicky’s Alpha pet his head and told him he was a very good boy as crossed over the rainbow bridge on Tuesday, June 1, 2021. The tales of Nicky were often his Alpha’s favorite writing material, and he became semi-famous in the veterinary world when the article “Does My Dog Really Need Anti-Anxiety Meds?” was shared by The American College of Veterinary Behaviorists and viewed tens of thousands of times. Diagnosed in May with prostate cancer, Nicky sadly had a fast downward turn in his health over the last few weeks. His humans, and his furry friend and therapy dog, Gryffin, miss him greatly.

Always anxious he might be left behind, Nicky would cry when he saw his humans loading the car. Once, during prep for a weekend getaway (which he was going on along with his family), the humans took a long time to load the car, and left both house and car doors open while making multiple trips to make sure they had everything packed. Nicky ran out of the house, right through one car door, and instead of bouncing off the closed door on the other side – his usual routine ­– flew out the open door on the other side and tumbled down the driveway, completely confused and covered in dirt and leaves. He then refused to get in the car until Gryffin went first, to check out that it was safe. It was.

Nicky was a foodie. A voracious and indiscriminate eater, he counter surfed and stole food with abandon, but didn’t let limiting beliefs about food get in his way of culinary experiences. He also ate window and door molding, dry wall and furniture, especially when his separation anxiety convinced him that he should try to get outside the closed window he was trapped behind while he watched for his Alpha to return from her extra-long trip to the grocery store. Nicky often looked for forgotten granola bars and snacks in random places, and would eat the contents next to the found food, even if it was not also food, including the time he ate several rolls of poop bags and was hospitalized for a week. He was finally discharged so he could finish passing the plastic bags at home, and his human siblings sang “99 poop bags to pass from his butt” to the theme from “99 bottles of beer on the wall”.

Nicky also suffered from OCD and ADHD, which sometimes made him think it was a good idea to eat his own poop, or the poop of his furry friend Gryffin, as well as eat dirty tissues out of the trash can. And the trash bag. And the can. He was nervous and skittish many days of his life, even with his three anti-anxiety medications administered three times a day. Once frightened by a butterfly, he jumped two feet in the air and one foot sideways – like a cat – and landed in the pool. Nicky could not swim (no, not even a doggy paddle) and sank quickly. He was rescued by his humans – this and every other time after that it happened. His family knew they needed to lifeguard for Nicky in many different places and situations, and did so every time to meet his various (and voluminous) needs.

Nicky loved his pack (who loved him back), but didn’t have much use for anyone else. He was on-leash reactive for his walks in the neighborhood, and often lunged at runners, bikers, vehicles (especially white cars and trucks), people with baby carriages and people with dogs. He was scared and doing his best to protect the pack, even if he wasn’t the Alpha. At home he would lay on his back with his paws in the air in apology and beg for belly rubs. He was highly trainable at home, quickly learning his basic commands, and the youngest of the humans trained him to also roll over, hug, and kiss, which was more popular with some members of the pack than others (see above poop eating habit as additional eew information).

Nicky was renowned as an anxious dog, and helped to raise awareness about how pets too can suffer from anxiety. As someone who has also coexisted with anxiety and depression much of her life, the Alpha was grateful to the team of doctors and specialists who helped Nicky as they navigated his needs and boundaries together. His Alpha often lost her patience, but would always find it again – just like she would hope others would do for her when she is not her best human self. Nicky was not a perfect dog, but he helped his humans to remember how to be kinder, more patient, more full of love and acceptance. Nicky will be greatly missed.

Nicky was also known as Nick Knack, Lip licker, Nicky boy, Nickster, Nicky PooPoo, Pumpkin Pooper, Sweet Boy, Crazy Eyes, and Dancing Paws, and a few other choice names for when it was hard to remember the loving nicknames because of whatever frustration his family was feeling. It was an honor to love and care for Nicky, even when it was hard. That’s what love and life is all about.

Should you be so inclined to honor Nicky, or another pet in the world, please consider donating to a place that helps pets or vets. We bring our furry loved ones to veterinary professionals when we need help with for their physical and mental well-being. Meanwhile, veterinarians have one of the highest rates of suicide of any profession. If you are linked to a person on social media who works in veterinary medicine you may have noticed them changing their profile picture to include “NOMV” with the Rod of Asclepius. NOMV stands for Not One More Vet. When you see your friend or social media acquaintance change their profile, it’s usually because they have learned of another colleague that succumbed to suicide. Donations in honor of the vets who help us care for and love our pets can be made here: https://nomv.org

Colleen Markley is a novelist, speaker, and freelance writer living in New Jersey. On June 1, 2021, The Erma Bombeck Writers Workshop named her the Humor Writer of the Month. Colleen is one of 21 winners of Nickie’s Prize for Humor Writing. The winning essays — along with contributions from many well-known writers — will be included in an anthology to be published later this year. Her current novel-in-progress, Lilith Land, is a story about a pandemic virus and end of the world, where only the women survive. (It’s a novel, not an action plan).  Find her at www.ColleenMarkley.com or sign up here for her newsletter and updates. 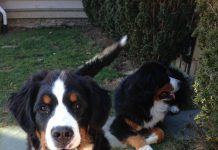 Yes, My Dog is Crazy, and Yes, He Needs Medication