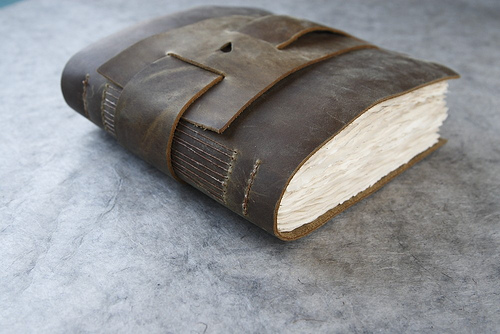 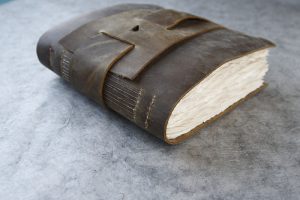 Life with a “Tween”: AKA, Tweendom is Making Me Crazy.

So, my first-born and only son, Alex, turned ten this summer. TEN!  I’ve been a mom for a decade. That makes me extremely old.  It also makes the secret parenting handbook I’ve been waiting for extremely late. I was really sort of hoping that when they handed me that eight pound bundle of baby joy they’d say “And here’s the secret handbook so you know what to do”.  Not one of those obnoxious parenting books that tells you how to stimulate their baby brains with black and white and red Rorschach ink blots, but the book that says “yes, it’s totally ok to yell at your kid in the grocery store if he rams the cart into his baby sister (who is just learning how to walk) on purpose to see if he could careen her into the apples.  And no one will think poorly of you as a parent, because all of us who wrote this secret handbook are in this together and there’s no parental judgment, especially when your kids do stupid stuff that makes you insane.” THAT’s the book I’ve been waiting for.  But I’ve received nothing so far….which is probably why I’ve taken to writing this stuff myself.  So, “tweens”….

When I was a kid “tweens” was not a word. Sometimes it was called “pre-teen.”  But that just made you want to be a teenager. Like something magical happened when you celebrated your 13th birthday, and you woke up and you were like “yes, I’m a teenager, time to move out on my own”.  And if we lived in the 18th century that probably would have been true.  But now we have this thing called “tween,” for which I got a little handout from the pediatrician when Alex turned eight. EIGHT! When did eight stop being just a regular kid? Apparently, my generation is supposed to constantly remember that kids “do things earlier now”, so what I did when I was eleven is now the new eight or nine.  Thank you for scaring the crap out of me.  I do not think I want to believe this, but then I see the school curriculum with all kinds of stuff being crammed down into earlier grades and I think “huh, yeah, maybe I’ll buy into some of this nonsense, because I need to use a calculator to check third grade math and that doesn’t quite seem normal to me.”  (Although math never was my best subject, I do have an appreciation for numbers, in a scared sort of way like I appreciate people who are neurosurgeons but I wouldn’t try and make that a DIY project).  So math, yes, let’s accelerate and beat China, but behavior and “growing up” accelerating too?  God help me.

So eight and most of nine were still pretty ok around here. Then nine and a half started making me raise my eyebrows, and then as soon as nine and three quarters hit, and we were looking at ten, double digits, two full hands of fingers in the air, all of a sudden, I understood this whole “tween” thing.  It’s a strange place we are in, where every morning is still my favorite part of the day, where my kids come bounding down the hallway and climb into bed with us to snuggle. It’s a great way to wake up. Except for when the snuggling becomes wrestling and I throw everyone out (including the hubby who likes wrestling with the kids in the morning) so I can open my eyes in peace.  With a ten-year-old, there are no more public displays of affection, or even acknowledgement sometimes.  What used to be a hug and kiss before school became an elaborate fist bump routine (fists: top, bottom; open hand high, backhand low, high; giant explosion).   Hugs were permitted inside our house but not in front of windows.  Pajamas were rejected if they had stripes or pictures of characters of any kind.  A sleepover at a friends house required a separate outing for shopping for acceptable pajamas – and I needed to purchase two sets because the bottoms (plaid) were ok from one set and the top (long sleeve t-shirt claiming homework is evil) was ok from the other set – but their counterparts were NOT ok.  Those went to the donations pile.  Then at home he discarded pajamas entirely in favor of sleeping in boxers (Boxers! Not briefs!), but he’d bring down a big fuzzy blanket wrapped around him Jedi-style at breakfast.  The push for watching scary movies began in full earnest, with long lists of all the friends who had allegedly seen “Saw” or “Predator” or whatever R-rated movie was just released in theaters.  And I thought I was a totally cool mom because I would listen to all of this and try to keep up so I would stop buying stripes or anything with actual color that a girl might like let alone wear.  And I’d read the parent previews of the totally scary movies and find some that were a little violent, not too terribly gory, and my big quest, trying to steer as far away from the nudity, sex, and what-not (and a whole lot of the what-not) that goes along with it.  Slaying naked teenage girls in a movie was not the way I wanted Alex’s sex education to begin.  And THAT talk doesn’t officially happen in health class at school until the end of next year (when 10 is looking at 11) so I have plenty of time for that.  Or I thought I did, because yeah, god has a funny sense of humor. Just when I think I’m getting it all under control, then the random questions about body parts begins.

So the first one was during dinner, when it’s just me and the kids, of course, somehow Brian always ducks these life moments.  Katie, who is only seven, and therefore not tween anything — just an adorable and occasionally precocious kid — starts to ask questions about breastfeeding. She has a new baby cousin, Lily, and Katie was fascinated to think that Lily had lived for her “entire life” without eating any food except for nursing. Granted, that is pretty amazing, even though her “entire life” was just a few months. So then Katie starts asking about when she and Alex were babies, were they doing that too? Yup. Alex is ignoring this entire conversation and quietly eating his pasta. So then, Katie stands to reason this out, “Do moms all over the planet walk around with milk in there?”  I almost choke on my spinach and calmly explain, that no, moms only have that milk when the babies are little and they need it – and that mommies or other women who don’t need it don’t have anything going on.  Well, Katie asks, “Why do some mommies have such big privates if there’s no milk in there?” (Yes, privates, somehow my explanation of private parts has made the new names for all of those parts to be one and the same).  Ah, yes, that’s just body shape, not fullness of milk, and we all look different and that’s what’s wonderful about people not all being the same.  And then Alex chimes in, “So, it’s like they are just building up production but not using it until the baby needs it?”  Well, yes, I say, sort of, the body parts are all there and the internal milk ducts are all there, and if needed, yes, they would work.  “Ah,” says Alex, “It’s just like Clash of the Clans. You can build up your production, and then store it til it’s needed. So I need to save up 180,000 gold for the wizard tower, and then 100,000 elixir to upgrade my armies”.  Yes, that makes total sense. Breastfeeding is just like Clash of the Clans, in many ways. And we leave it at that.

But the next doozy was not far away. Tune in next week for Part Two of Tweendom – When I Answer the Question “What are testicles for, anyway?”